Cutting-edge mobile technologies and services do not leave any branch untouched. We offer solutions with which you are constantly moving on the pulse of time. To give you an idea about our professional capabilities following we arranged a selection of reference projects. If you have questions about our projects or want to get in contact with us in order to discuss possible cooperation options you can reach us either at office@evolaris.net or +43 316 35 11 11 . 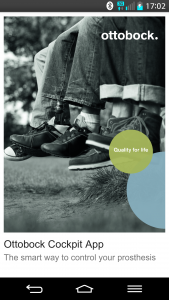 Within a joint pilot project with Ottobock we developed an application, which enables people with leg prosthesis to control them via their personal smartphone.
Read more » 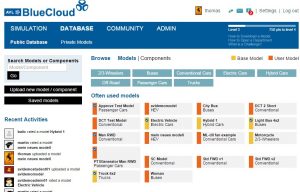 Innovative Community Platform for Vehicle Simulations in a Cloud

Blucloud is a platform, on which students and experts in the field of vehicle technology can test and simulate different vehicle models, based on the AVL CRUISE vehicle system simulation tool.
Read more » 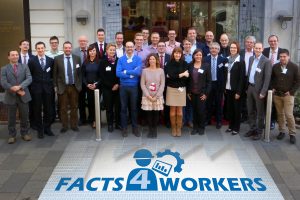 Facts4Workers: Horizon 2020 project in the field of Industry 4.0

The large-scale European research project “FACTS4WORKERS” deals with the topic of “Industry 4.0” and focuses on the human component in modern production.
Read more » 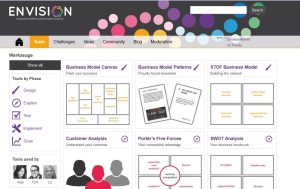 Main aim of the Horizon 2020 project "ENVISION" is to increase awareness of business model innovation and reach out to at least 10% of European SMEs.
Read more »

Based on the Open Innovation Approach end-users are involved in the development of innovative apps from early stage on and hence have the chance to actively contribute to the style and functions of mobile apps.
Read more »

Based on the “Beacons” technology and an individual app, customers receive optimal service during their customer journey.
Read more » 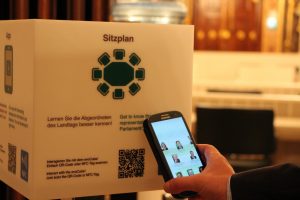 Exploring the Styrian staterooms with your own smartphone

In order to make the rooms of the Styrian State Parliament accessible also outside the designated opening hours, evolaris installed a so called evoCube which provides relevant information about the state parliament itself and a 360° virtual tour through the rooms.
Read more » 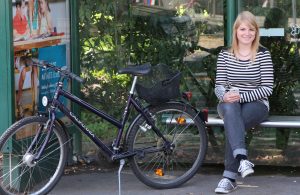 Playfully from A to B – innovating urban mobility 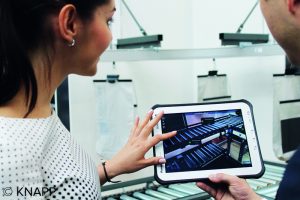 Intelligent assistance systems for service staff in the smart factory

Within a cooperative project between Austrian industry-, science and private institutions, under the title “Assist 4.0”, intelligent assistance systems will be developed which will support service staff in their decision processes.
Read more »

An interactive journey through the south Styrian wineries